Lazy summer days - mostly wet and rainy this year. So lots of time to read blogs and follow the IT News-tickers! 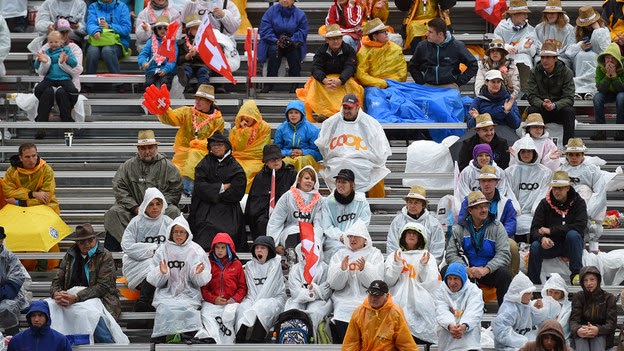 Here's what I found to be interesting news in the last couple weeks - sorted by "level of excitement".
First sighting of phase-change memory (PCM) for commercial use in SSD's: at the 2014 "Flash Summit Conference" HGST (subsidiary of Western Digital) did showcase a blazingly fast SSD device not based on Flash memory but PCM, as Computerworld reports here:
" The device, which can be plugged into a server's PCIe slot like any SSD, isn't a new storage product but a platform for demonstrating a low-latency interface that the company developed with future solid-state media in mind. It implemented the experimental communications protocol in a Linux driver on the server and in the SSD's embedded software."
"Where NAND Flash takes about 70 microseconds to respond to a request for data, PCM can do so in about 1 microsecond. However, it will take two to three years of hardware development before PCM gets dense and cheap enough to compete head-on with flash"

Also read the stories on that same subject in "The Register" and the related HGST Press Release.

As noted above, new low-latency technology like PCM will require new architectures and will have to reside "right next to the CPU" to actually take advantage of the available speed!
To that end, HGST has developed a new low-latency interface dubbed "DC express".
Watch this excellent 15' video clip here!

So you should really think of PCM as a lower cost DRAM rather than a high performance Flash Array. Will be interesting how this will affect "storage tiers"!?

Now, don't count Flash SSD's out yet: As reported here, there is a whole family of bigger (up to 1.6TB) and faster (12 Gbit/s SAS) SSD's entering the market these days!
Posted by Matt Werner at 1:20 AM No comments: