SAN Buzz for December I 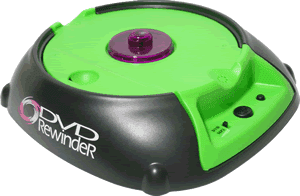 Holiday Season is coming up, and for those of you still searching for a gift for someone in the storage industry, here's my choice!
*
In the SAN realm, here's what I found most noteable during the last couple of weeks. I was traveling quite a bit, so may have missed out on a few new hot topics, but I don't think I missed a major new trend during that time.
*
Byte&Switch brought us a very useful summary of future storage interconnects and IBM -at the same time- did announce a whole new set of solutions around intreconnects in a blade server environment:
The IBM BladeCenter Open Fabric Manager provides I/O virtualization and can help cut cost and complexity for clients through its open architecture. IBM BladeCenter Open Fabric Manager supports the complete range of Ethernet and Fibre Channel technologies.
*
And while Brocade did announce FY 2007 results which came in as expected, sentencing for their former CEO Greg Reyes is still pending: the date has been postponed indefinitely and as the local San Jose newspaper Mercury News reports, support was building up for Reyes in the industry with hundreds of supporters writing to district Judge Charles R. Breyer who -according to Fortune magazine- found that "..the government had failed to quantify any amount of loss that can be attributed to Reyes’ conduct.”
*
Lastly, here's a list of the most unusual data disaster stories of 2007, hope yours is not on the list: "Discovering ants had taken up residence in his external hard drive, a photographer in Thailand took the cover off his computer and sprayed the interior with insect repellent. ...
The ants didn't make it, and neither did the drive"

Posted by Matt Werner at 5:47 AM No comments: