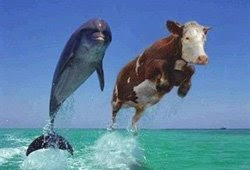 Summer has finally arrived in Zurich, so time to relax and enjoy some time away from work at the lake, at the pool or barbecue.
*
From the last two weeks of storage news, two areas stood out as far as I'm concerned:
1) I couple of news and releases around solid state disk and 2.5 inch disk drives, both potentially taking over some of the enterprise storage market in the long run.
2) Some interesting mid-year summaries on trends and hot topics in the industry for 2008 as well as a look back on what was hot in back in 2004.
*
And lastly, here's a well written article on converged fabrics and what role Ethernet, InfiniBand, and Fibre Channel might play in the data center of the future.
Posted by Matt Werner at 2:09 AM No comments:

Gartner and IDC have added up the disk storage systems numbers for the first quarter of 2008 and they both agree, that the market grew at around 10% in revenue year-over-year and at over 50% in capacity:
Total disk storage systems capacity shipped during the quarter reached 1642 PB (petabytes) according to IDC.
To give you a feeling about that number, check out Wikipedia!
*
On the other side, the "information producing" end of the industry, there was this study done by the University of Berkeley in 2000 and 2003 titled "How much Information". Now the UCSD (SanDiego) has initiated an effort to recreate that report for the end of our decade.
After all, Youtube, Facebook, as well as iTunes and other Web 2.0 applications did barely exist in 2003!
Posted by Matt Werner at 5:20 AM No comments: 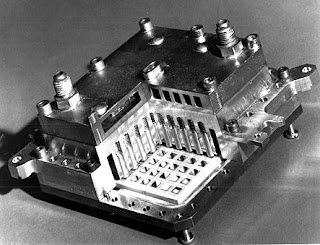 The Return of Water-cooled Processors!

In a press release today, IBM Research Zurich announced, that they have successfully "demonstrated a prototype that integrates the cooling system into the 3-D chips by piping water directly between each layer in the stack."


Combining water and electricity may sound very scary at first, but in fact, water cooling right at the source of the heat -inside the processor- may be the only way to actually solve the colling challenges of high-performance, high-density chip designs.


Check out the full details here.


After all, IBM have used water cooling already way back in the 80s, as a look into the IBM archive reveals.

On the storage side, there is an intense battle (of words, mostly) going on related to the relevance and potential of Flash Storage (SSDs) to address enterprise storage needs: While the HDD market will definitely move to 2.5 inch based drives in the near future for that segment, I still tend to believe that the enterprise SSD market will remain a niche for the foreseable future, mainly for three reasons:

Read more about this topic here.

Posted by Matt Werner at 6:34 AM No comments: