Exciting news from the hard-disk vendors this week: it seems that we are about to start the rollout of the 4 TB disk drive options.
The one example on the left originates from Seagate, but Hitachi actually was a day early to announce their first 1 TB platter.

The HDD industry overall did again very well in Q2: Over 167 Mio drives sold in just three months (2Q 2011), so SSD technology does not really seem to have a real impact on the HDD market so far, my impression is that SSDs are mainly used in new market segements today (like the Apple iPad) and most PCs and laptops on the shelves of electronis retailers are obviously still based on HDD storage.

This is even more true for the enterprise storage market, see the Q2 tally from IDC here.
My opinion: as soon as more then 50% of PCs and Laptops sold will be SSD based, we will probably be at a price point where using SSDs in large-scale enterprise storage systems becomes economically feasible.

Eventually -in a couple years- HDDs will be replaced be the "next big thing" in storage anyway, this may be "Racetrack" technology developped by IBM.
Posted by Matt Werner at 2:18 AM No comments: 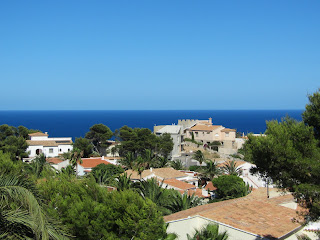 I'm back from vacation, business trips and other summer fun! A lot going on in the worldwide economy and politics these days, not so much on the storage front though.

Let me summarize some of the key news there from the past couple weeks:

Lots of hype still around FCoE, here's an excellent summary of where the industry is today. I've had quite a few discussions around this topic recently and my personal opinion is this: unless the (FCoE) industry manages to get to an accepted standard where clients will be able to connect FCoE native (storage) devices and FCoE switches without being forced to juggle dozens of interop matrices, FCoE will be going nowhere!

Take iSCSI as an example: iSCSI storage connects to any standard IP network and switch and clients don't have to first verify if device XYZ supports switch ABC.


Even more hyped is the "Big Data" theme: Read in this article why "there's really no such thing as big data"!

By the way: one of the books I took along to the beach this summer is "Innovators Dilemma", I can highly recommend it, it has lots of examples and details about the hard-disk industry; to make the case why big companies ("incumbents") usually fail to spot new market niches and disruptive technologies.

And to close on a sad note: HP seems really lost these days, the article here in WSJ says it all.