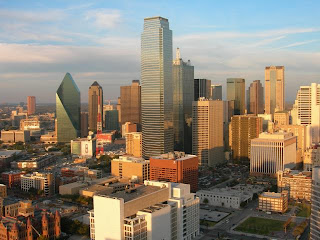 For those of you who didn't get the chance to attend SNW in Dallas (like myself), here's a great link to get an overview of what was going on at the Fall 2008 conference.

See you at the SNW Europe in Frankfurt next week!?

All the latest SNIA Tutorials are available here if you want to browse thru the presentations.
Of course there was also time to relax and socialize, not sure who created this funny video!

Among other things, IBM did announce a new scale-down version of its best-selling SAN Volume Controller virtualization solution: the SVC EE (entry edition).

Much of the buzz at the conference was around solid-state-storage and FCoE as you might guess, here's a couple articles related to FCoE:
NetApp announces plans for native FCoE storage (and here)
EMC announces an FCoE switch/gateway (based on CISCO Nexus technology)
and as the third piece needed to build an FCoE infrastructure, Emulex and Qlogic both announce certification of their respective CNAs.

The conclusion from my good friend Greg Schulz at StorageIO Group is
"...Fibre Channel over Ethernet can consolidate networks".
Posted by Matt Werner at 5:42 AM No comments:

Here's the highlights from the last two weeks in storage:
One (unrelated to storage!) was for sure a trip last week aboard a 1939 Ju-52 in the Swiss Alps, this airplane is (almost) completely free of computer technology and the flight attendant actually encouraged us to use the cell phones during take off and landing ;-)

IBM continues to invest in future storage technology and has announced a joint venture with Taiwan’s Industrial Technology Research Institute (ITRI) to advance research and development of future solid-state memory products based on "racetrack memory".

You have certainly noticed that recently, many companies try to get into the "datacenter" market, a segment owned mainly by the big computer companies like IBM, HP and others in the past. The growing importance of the networks (and the internet), and the fact that todays datacenters have become a very complex collection of dozens of platforms, operating systems, and protocols open up the opportunity and needs for "datacenter operating systems" and "converged networks". CISCO's John Chambers talks in this interview with Forbes magazine where he sees CISCO's place in the datacenter (and why IBM might object to those plans).

On the technology side, I found two interesting posts about SAS (serial attached SCSI) which is slowly gaining traction in many aspects: One is the next SAS standard to be finalized in the near future, the other one is this press release about IBM shipping SAS drives for its entry-level BladeCenter S.

Posted by Matt Werner at 6:06 AM No comments: